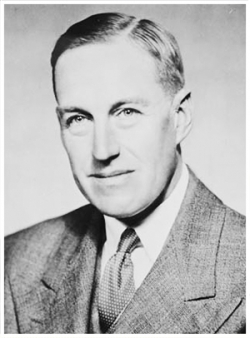 Keith Edwards became Wesfarmers General Manager on 1 January 1958. In the same year, he appointed John Bennison – his eventual successor - as manager of Wesfarmers Kleenheat Gas. Edwards took Wesfarmers further into the marketing chain including meat trading, diversifying its dairy output and greatly expanding its exports. During his term, Wesfarmers turnover quadrupled to $186 million and its pre-tax profits increased more than 10-fold to $4.1 million. He was awarded an OBE in 1961 and a CBE in 1972 for his services to the rural industry and shipping.