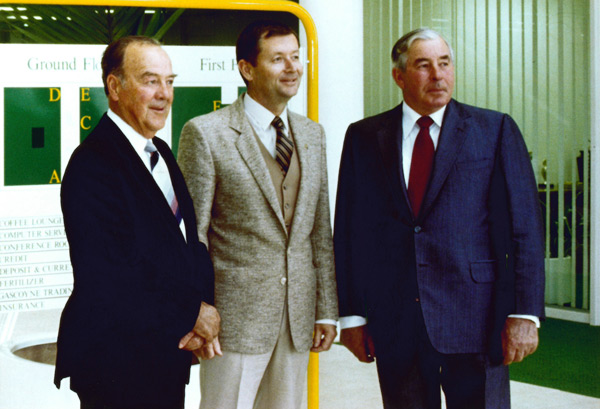 A farmer from Broomehill, Maurie Clayton joined the Board in 1964. He steered the Board during its deliberations over whether to try to take over CSBP, ultimately announcing a $60 million bid on 25 October, 1977, the biggest in Australian corporate history. He opted not to re-nominate in 1983 noting that the board had split into factions.