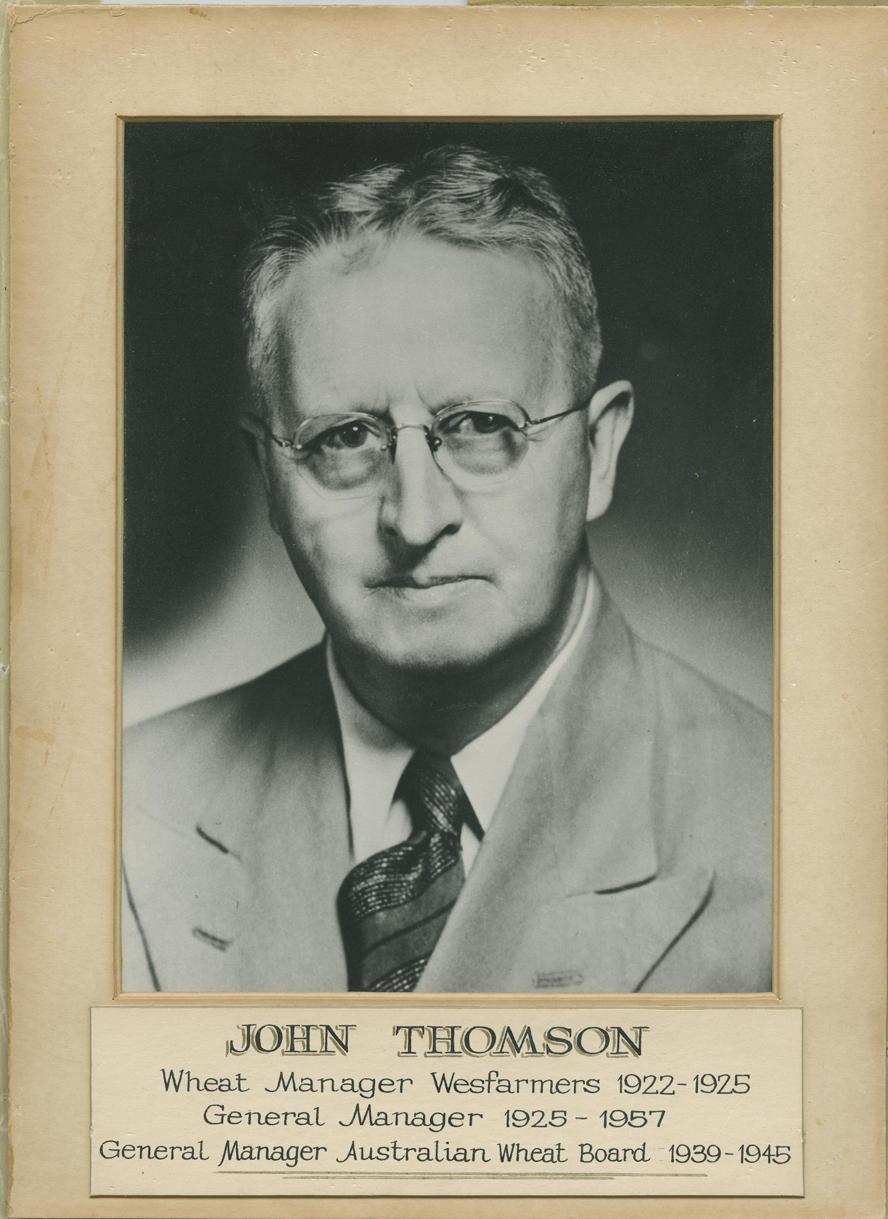 A flamboyant Scot, 'Tearing Tommy' Thomson joined Wesfarmers as a wheat inspector at Pingelly and became its Wheat Manager in 1922. There was no better example of his flair than his decision to launch Western Australia’s first commercial radio station in 1924, 6WF. One of his first acts as General Manager was to establish the Westralian Farmers Gazette, a tabloid reporting the latest agricultural news, and his 27-year term included expansion by Wesfarmers into dairy, honey, fertiliser production, bulk grain handling, transport and household gas.