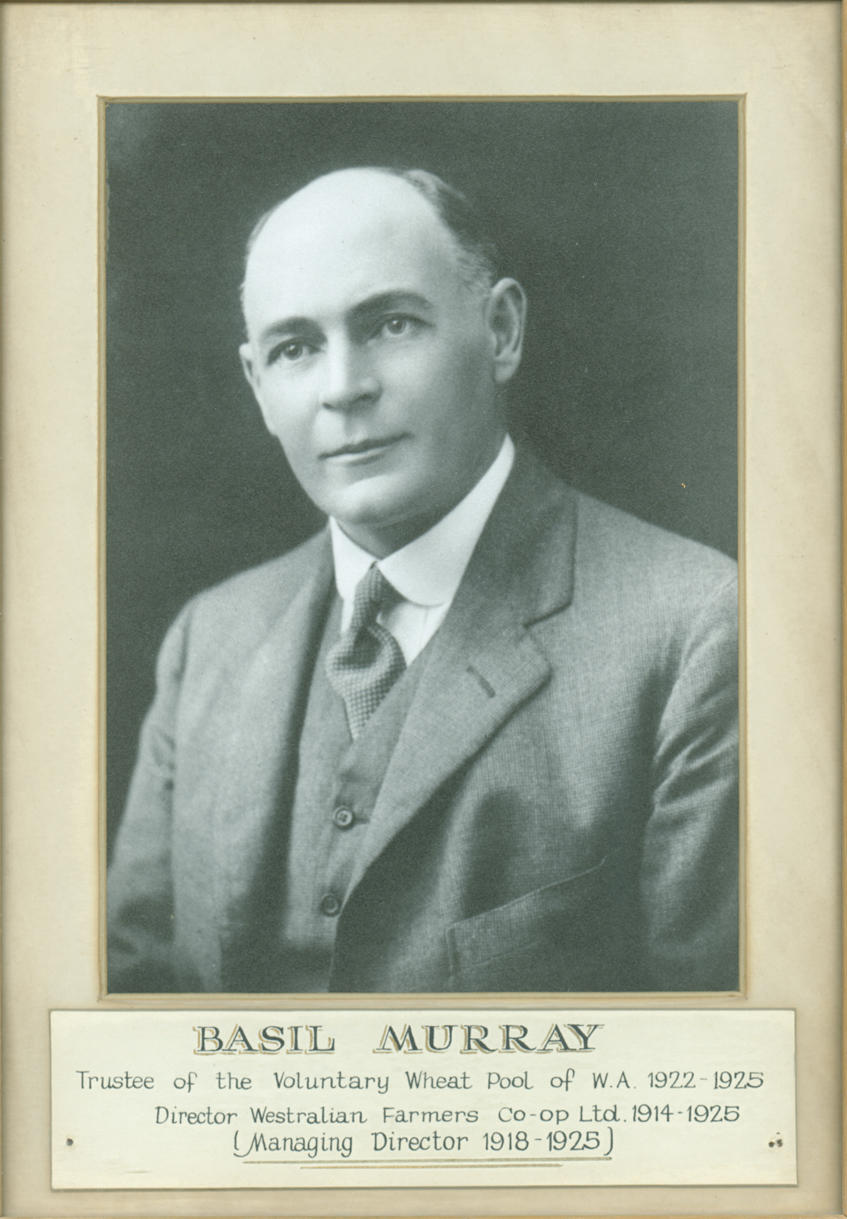 A founding director of Wesfarmers, Basil Murray was appointed its first managing director in November 1917 and remained in the role until just before his death in April, 1925. From an insurance background, he was regarded as a shrewd businessman and a great defender of the co-operative movement, never afraid to speak his mind but always with tact and humour.