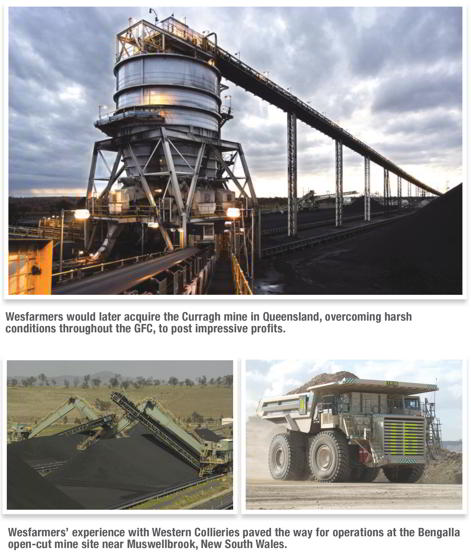 Western Collieries was put up for sale following the collapse of Rothwells Bank which had committed to buy the mine from CSR. Wesfarmers’ interest and ultimate purchase of the mine was welcomed by locals and it quickly paid dividends. When the State Energy Commission signed a new contract, annual output doubled and the mine was producing three million tonnes a year by the end of 1990.