Wesfarmers today announced the appointment of former New Zealand Prime Minister, the Right Honourable Bill English, to the board of Wesfarmers Limited, effective from today.

Mr English was New Zealand’s Minister of Finance and Deputy Prime Minister from October 2008 to December 2016 and then Prime Minister until the change of government in October 2017. He retired from parliament in March this year.

Wesfarmers Chairman, Mr Michael Chaney, said he was extremely pleased to welcome Wellington-based Mr English to the board, given his outstanding record of financial management and government policy development and Wesfarmers’ extensive business interests in New Zealand.

“Bill guided the New Zealand economy through the global financial crisis to be one of the faster growing developed economies with sustainable government surpluses. He initiated tax reforms, partial floats of four government companies and financing the rebuild of Christchurch after the 2010 earthquakes. As Minister for Infrastructure he set up the National Infrastructure Unit and initiated New Zealand’s first PPP programme.

“He oversaw significant investment in digitalising government and improving the customer experience of public services and made significant achievements in public sector reform and balance sheet management.” Mr Chaney said.

Mr English said he was excited by the opportunity to join Wesfarmers.

"I’m looking forward to joining the Wesfarmers Board to contribute to the board’s strategic oversight of the portfolio of businesses and its deliberations on opportunities to add shareholder value.” Mr English said.

Mr Chaney said the new appointment would strengthen the board’s mix of skills, knowledge, and experience.

Mr English is married to Dr Mary English, a medical practitioner, and they have 6 children. 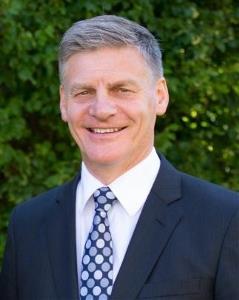