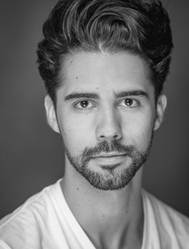 Hailed by Opera New for his "smooth baritone", Paull‑Anthony Keightley is a recent graduate of Manhattan School of Music which he attended after completing his undergraduate studies at the Western Australian Academy of Performing Arts (WAAPA).

He was a finalist in the Fremantle Eisteddfod Open Aria competition and won first place at the North of Perth Eisteddfod. He was awarded the Royal Schools of Music Club Anniversary scholarship and won the Royal Over-Seas League Singing Competition.

Paull‑Anthony is the recipient of awards from the Dame Joan Sutherland Fund and the Australian Music Foundation. In Australia and America Paull-Anthony’s operatic credits include Frank in Die Fledermaus, Leporello in Don Giovanni, Papageno in Die Zauberflöte, Baptista in the Australian Premier of Goetz’s The Taming of the Shrew, Fiorello in Il barbiere di Siviglia, Rev. Mr. Jones, Major Peter Labelliere, Alderman Birch, Mr. Worrall and Phillip Thicknesse in English Eccentrics, Gloster Heming in The Mother of us All and Pasquale in Orlando Paladino.

In concert Paul has appeared in the title role in Mendelssohn’s Elijah, as Bass Soloist in Rossini’s Stabat Mater, as Bass Soloist in Mozart's Missa Brevis in F major and as a soloist at the annual Vienna Pops at the Perth Concert Hall. He has given significant recitals of the works of Tchaikovsky, Vaughan Williams, Ravel and Schumann. 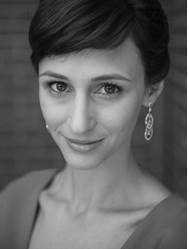 Rebecca studied at the Western Australian Academy of Performing Arts, completing her Postgraduate Diploma at the end of 2013. During her studies at WAAPA, Rebecca became enamoured with the classical vocal repertory and can’t imagine a world without opera, art song and the classical style of singing.

In October 2015, Rebecca was invited to cover the lead role of Jo March in Mark Adamo’s opera Little Women at Sydney Conservatorium of Music, a role she had performed at the end of 2013 with the WAAPA Vocal Department.

As a soloist, Rebecca has performed in Duruflé's Requiem (2013), Goetz’s Taming of the Shrew (2012), Mendelssohn's Elijah (2012), Rossini’s Stabat Mater (2011) and more. Rebecca is preparing to audition for a 2016 Summer School Program in Italy to further her vocal training. 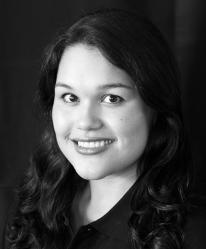 Fleuranne is completing a Bachelor of Music and Laws at the University of Western Australia. Aside from her studies she has been a member of the West Australian Opera Chorus since 2013.

Solo highlights include making her debut as Cherubino in scenes with Queensland Symphony Orchestra in 2015 and performing scenes from Carmen, Le Cinesi and Le Nozze di Figaro at the 2014 and 2015 Lisa Gasteen National Opera School Gala Concerts.

In 2014, Fleuranne made her role debut as Pitti-Sing with ICW Productions. Her concert work includes the alto soloist in Pergolesi’s Stabat Mater and Mozart’s Coronation Mass. She has been the recipient of many awards and scholarships including first place in the North of Perth Vocal Championship 2015 and a full scholarship to attend the Lisa Gasteen National Opera School. Fleuranne was in Victorian Opera’s developing artist program in 2016.