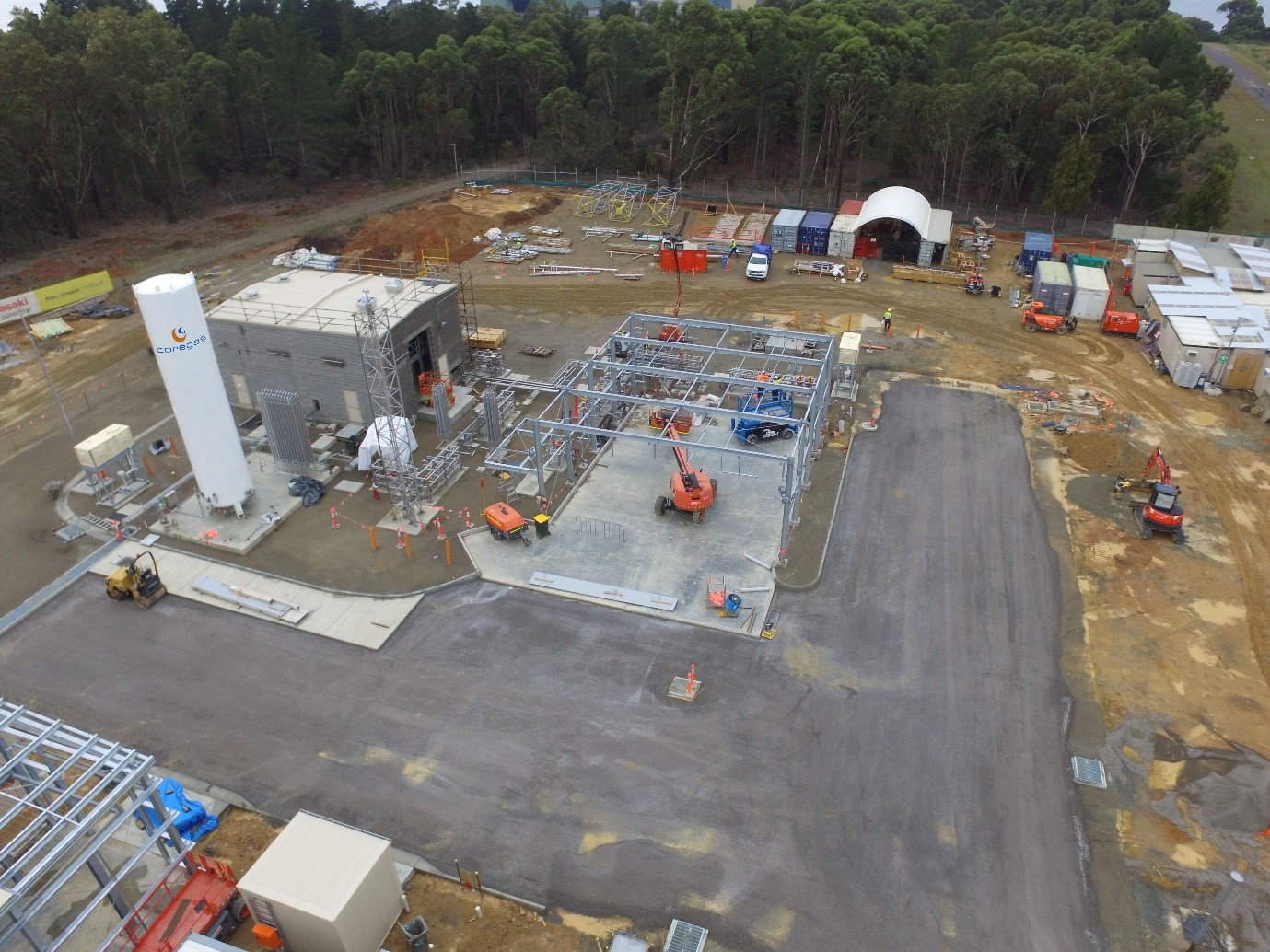 As Japan moves away from nuclear and other fossil-fuel energy sources towards hydrogen, it has focused on producing green hydrogen in other countries and then importing it. Hydrogen is a zero emitter of greenhouse gases when burnt, as the product of combustion is water.

Coregas is playing an integral role in two of the projects that are part of the Hydrogen Energy Supply Chain (HESC), a world-first pilot project to safely and efficiently produce and transport clean hydrogen from Australia to Japan by ship. The consortium is led by Kawasaki Heavy Industries, J-Power, Iwatani Corporation, Marubeni Corporation, Shell and AGL, with funding provided by the Japanese, Australian and Victorian Governments.

The first stage, which commenced in 2016, is to demonstrate a fully integrated supply chain between the two countries and involves construction of:

Coregas is providing engineering consultancy, pre-commissioning and commissioning support, and equipment for the gasification plant at Loy Yang in the Latrobe Valley and the state-of-the-art liquefaction and loading facility at nearby Port of Hastings. The business has also been contracted to operate and maintain the hydrogen liquefication plant throughout the demonstration phase and provide expertise in the loading of the Suiso Frontier here in Australia.

Coregas has provided expertise in the design of the hydrogen liquefaction plant from the FEED (Front End Engineering Design) stage, which commenced in 2016 through to the detailed design.

Coregas is also contracted to supply all utility and specialised calibration to both facilities, as well as the hydrogen compressor for the gasification plant and transportation services to move liquefied and gaseous hydrogen.

During this first phase of the project, the key deliverable is proving liquid hydrogen can be safely, economically and efficiently transported in large quantities via sea freight, similar to the way liquid natural gas (LNG) is currently transported.

The second stage, subject to the success of the first stage, is the construction of a large-scale facility with capacity to produce 300,000 tonnes of liquid hydrogen per annum. Green hydrogen will be produced from brown coal, capturing and sequestering the carbon dioxide from the brown coal’s gasification. The carbon dioxide will be safely sequestered in offshore storage sites in the Gippsland Basin.

Coregas is proud to be involved in this historic and innovative project and play a critical role in the fast-growing hydrogen energy industry.