The Wesfarmers Collection of Australian Art

A highlight of our Indigenous engagement is the commitment we make to respecting and supporting Indigenous art and culture through the Wesfarmers Collection of Australian Art and our partnerships with the National Gallery of Australia and Yirra Yaakin Aboriginal Theatre. 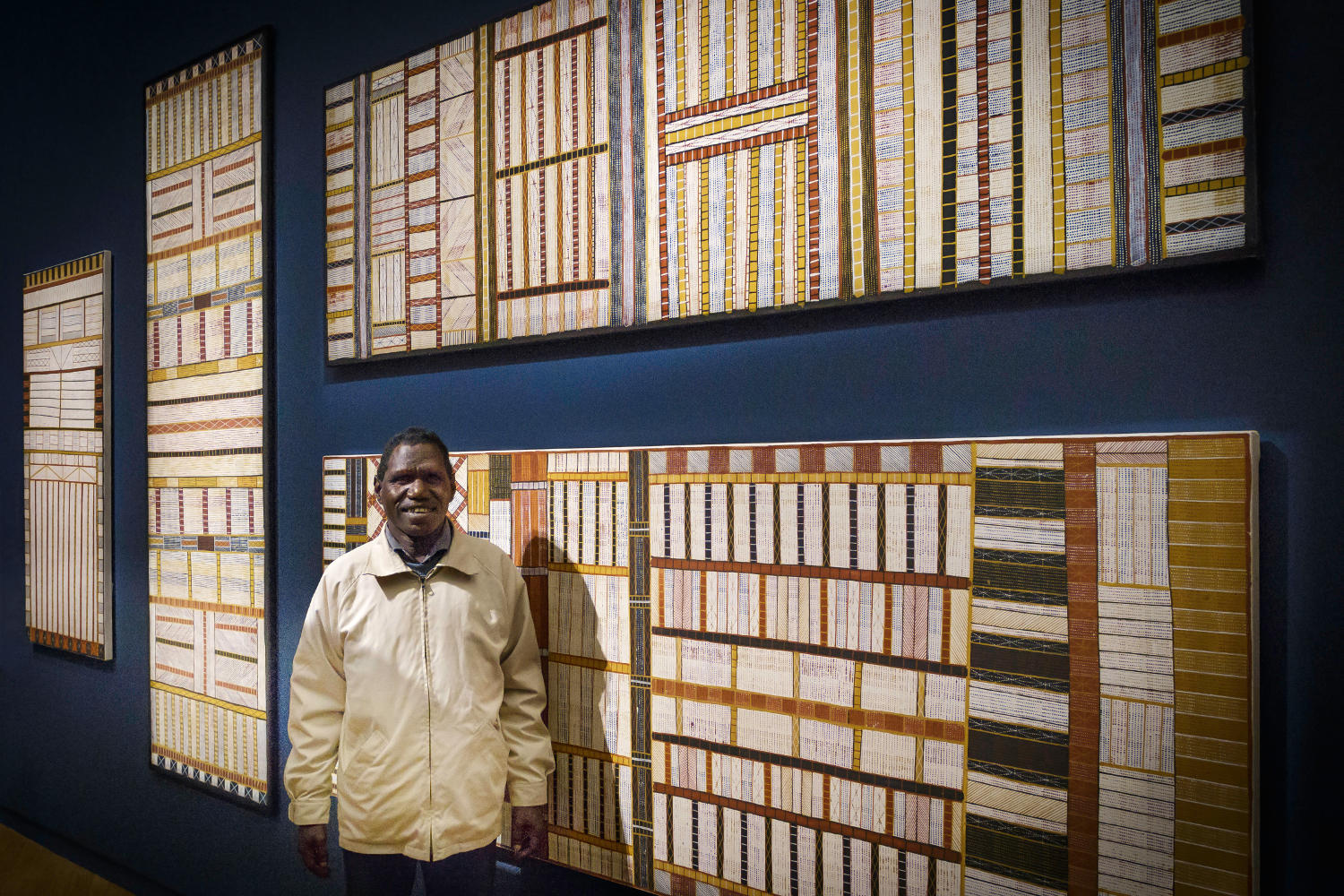 The Wesfarmers Collection of Australian Art

Featuring more than 300 works of art by leading Australian Indigenous artists, the Wesfarmers Collection of Australian Art places a focus on acquiring the work of living artists and sharing those works with the national community through touring exhibitions and loans to museums and galleries around the country and internationally. The collection is committed to ethical sourcing and is both a member and corporate supporter of the Indigenous Art Code. An international touring exhibition of Indigenous work acquired by Wesfarmers over more than three decades is planned for 2019-2020.

Wesfarmers Indigenous Leadership at the National Gallery of Australia (NGA)

Wesfarmers and the National Gallery of Australia have worked in partnership to present the award-winning Wesfarmers Arts Indigenous Leadership program since 2010.
This national training and mentorship program aims to develop the careers of Australia's Indigenous arts professionals and to boost their representation as leaders in the visual arts industry, developing exhibitions and community access initiatives across Australia.
In 2016, the Wesfarmers Leadership program awarded two major Fellowships in addition to offering an annual program of two-week internships for Indigenous arts workers.
Kimberley Moulton from Victoria was awarded a Fellowship to intern at the Kluge-Ruhe Museum of Aboriginal Art in the United States, and Freja Carmichael from Queensland took up a four-month Wesfarmers Fellowship to study with the Museum of Contemporary Aboriginal Art, Utrecht in The Netherlands.
In 2017, in addition to supporting the Leadership program, Wesfarmers Arts was the presenting partner of Defying Empire: 3rd National Indigenous Art Triennial, a landmark exhibition presented by the NGA commemorating the 50th anniversary of the 1967 Referendum that recognised Aboriginal and Torres Strait Islander people as Australians for the first time.
The exhibition brought the work of 30 contemporary Aboriginal and Torres Strait Islander artists from across the country into the national spotlight from 26 May to 10 September 2017 at the NGA.

Yirra Yaakin (Yir-raarh Yaarh-kin) which means "Stand Tall" in the Noongar language of the south-west of Western Australia, is Australia's largest Indigenous theatre company, producing and presenting contemporary Aboriginal theatre since 1993. In 2012 Yirra Yaakin presented Shakespearian Sonnets translated into the Noongar language as part of The Globe Theatre's Cultural Olympiad in London.
Wesfarmers Arts is supporting Yirra Yaakin to develop a contemporary Noongar Indigenous interpretation of Macbeth set to tour to The Globe Theatre in 2019. This work is currently in development through a mentorship collaboration with Bell Shakespeare as Australia's first full-scale Indigenous interpretation of a major Shakespearean work for the stage. The project is bringing Noongar language to life for a generation of young Indigenous people whose world is just opening up to the beauty and richness of their Noongar culture, and sharing that richness of language with the wider Australian community.
In September 2017, as a guest of Wesfarmers Arts, Yirra Yaakin's Artistic Director Kyle Morrison participated in a national Indigenous arts and innovation panel convened at the National Gallery as part of the National Indigenous Art Triennial.