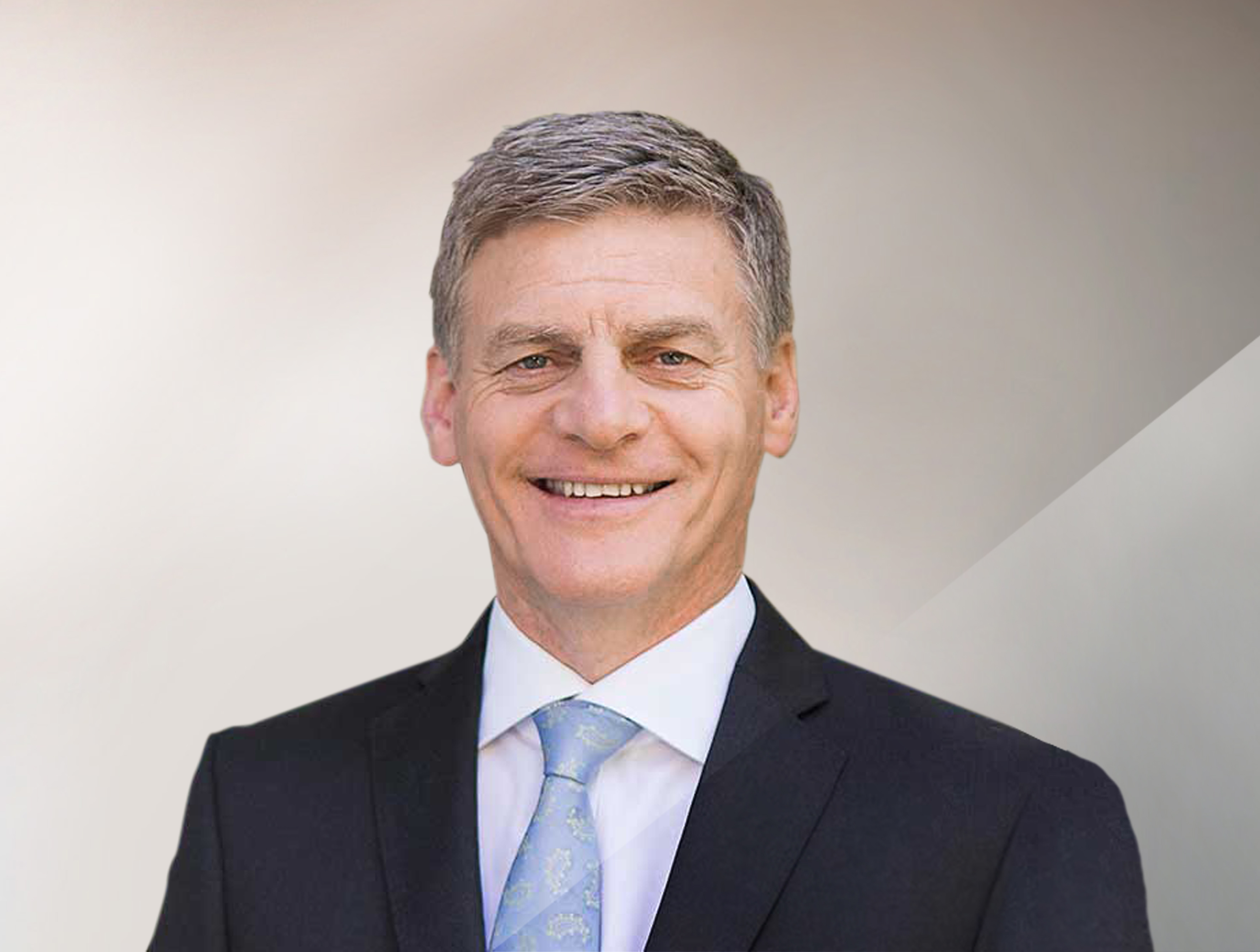 Bill is Chairman of Mount Cook Alpine Salmon, and Chair of Impact Lab Ltd and Manawanui Support Ltd. He is also a director of The Instillery board and a member of the New South Wales Federal Financial Relations Review panel.

Bill was Minister of Finance and Deputy Prime Minister of New Zealand from October 2008 to December 2016 and Prime Minister until the change of government in October 2017. He retired from parliament in March 2018 after guiding the New Zealand economy through the global financial crisis. He initiated tax reforms, capital disciplines for the public balance sheet and financing the rebuild of Christchurch after the 2010 earthquakes. As Minister for Infrastructure he oversaw significant investment in digitalising government and improving customer experience of public services.

Bill was Minister of Health from 1996 to 1999 and has also held ministerial roles in education, housing, and revenue since his election to Parliament in 1990. He has long-term interests in economic restructuring, sound microeconomic policy, and social policy reform.

Wesfarmers Committee Membership:
Member of the Audit and Risk, and Nomination committees.