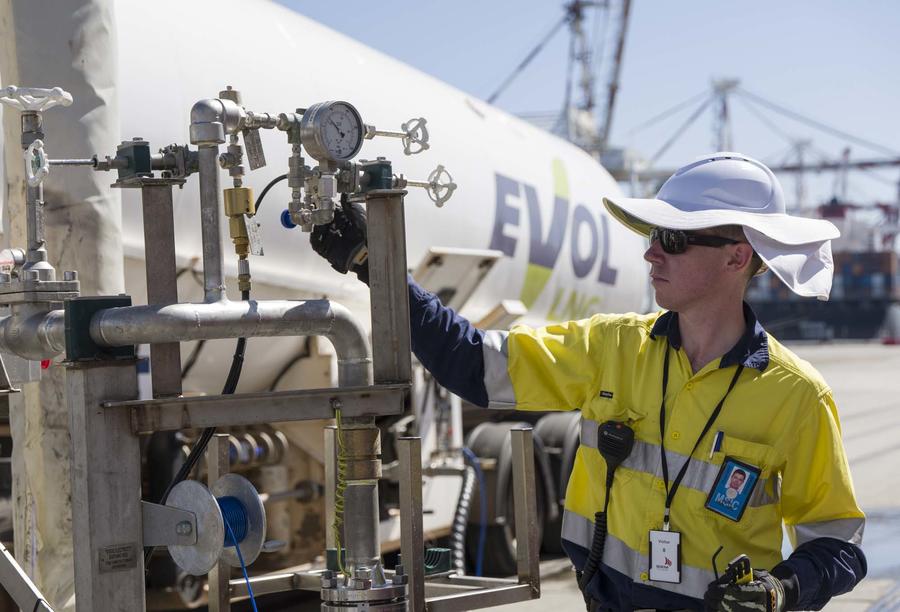 Western Australia is leading the nation in providing access to a cleaner shipping fuel for marine vessels, with the first commercial bunkering operation undertaken by Wesfarmers’ EVOL LNG in the state’s north-west.

Under an agreement with Woodside, EVOL LNG successfully refuelled the platform supply vessel, Siem Thiima, on 23 January at King Bay Supply Base near Dampier. Business Manager, Nick Rea sees it as just the beginning.

“Our decision to enter the LNG bunkering market is part of a long-term strategy that recognises environmental and economic sustainability of LNG as a transport fuel,” said Mr Rea.

“It also recognises that the LNG marine fuel market is still in development so the fact EVOL has over 15 years’ experience in distributing LNG means we saw an opportunity to provide a suite of services that perhaps others can’t.

“EVOL can safely manage the bunkering process plus provide key services such as training in safe handling of LNG, enabling our customers to confidently adopt LNG as a marine fuel.

“With growing demand for lower emission fuels over the past decade, we’ve seen the number of LNG-fuelled ships in operation worldwide increase steadily from a handful to more than 75, with an additional 80 expected to be built in the next three years.”

“Interest in LNG as a marine fuel is growing, especially since the IMO announced that it would introduce a global marine fuel sulphur limit of 0.5 per cent from 2020,” he said. 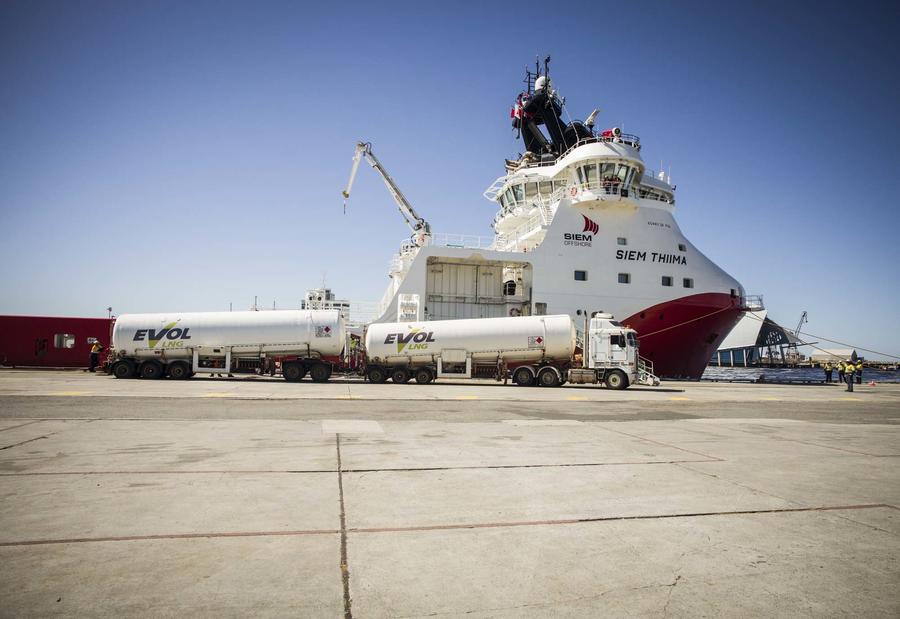 Mr Rea said that as emission reduction efforts continued to become more important globally, including in Australia, the adoption of LNG as a low emission marine fuel was expected to increase accordingly.

“It’s certainly an offering we’d like to expand, particularly as truck-to-ship LNG bunkering can be achieved relatively inexpensively with existing logistics assets.”

“If interest is there, EVOL LNG will obtain licences from other major Australian and regional WA ports to conduct LNG bunkering operations, and look at investing in infrastructure to meet the market’s needs.”

Mr Rea said EVOL LNG would be able to supply Fremantle customers with LNG at a price competitive with low-sulphur marine diesel and would be able to refuel ships at up to 45 tonnes per hour, which is comparable to traditional bunker fuels.

1 To remove SOx from high sulphur marine fuel exhaust, a scrubber can be fitted. It sprays seawater into the exhaust to remove the SOx and particulates. The ship then has to dispose of the particulate sludge.