Abdul Rahman Abdullah - The language of the birds 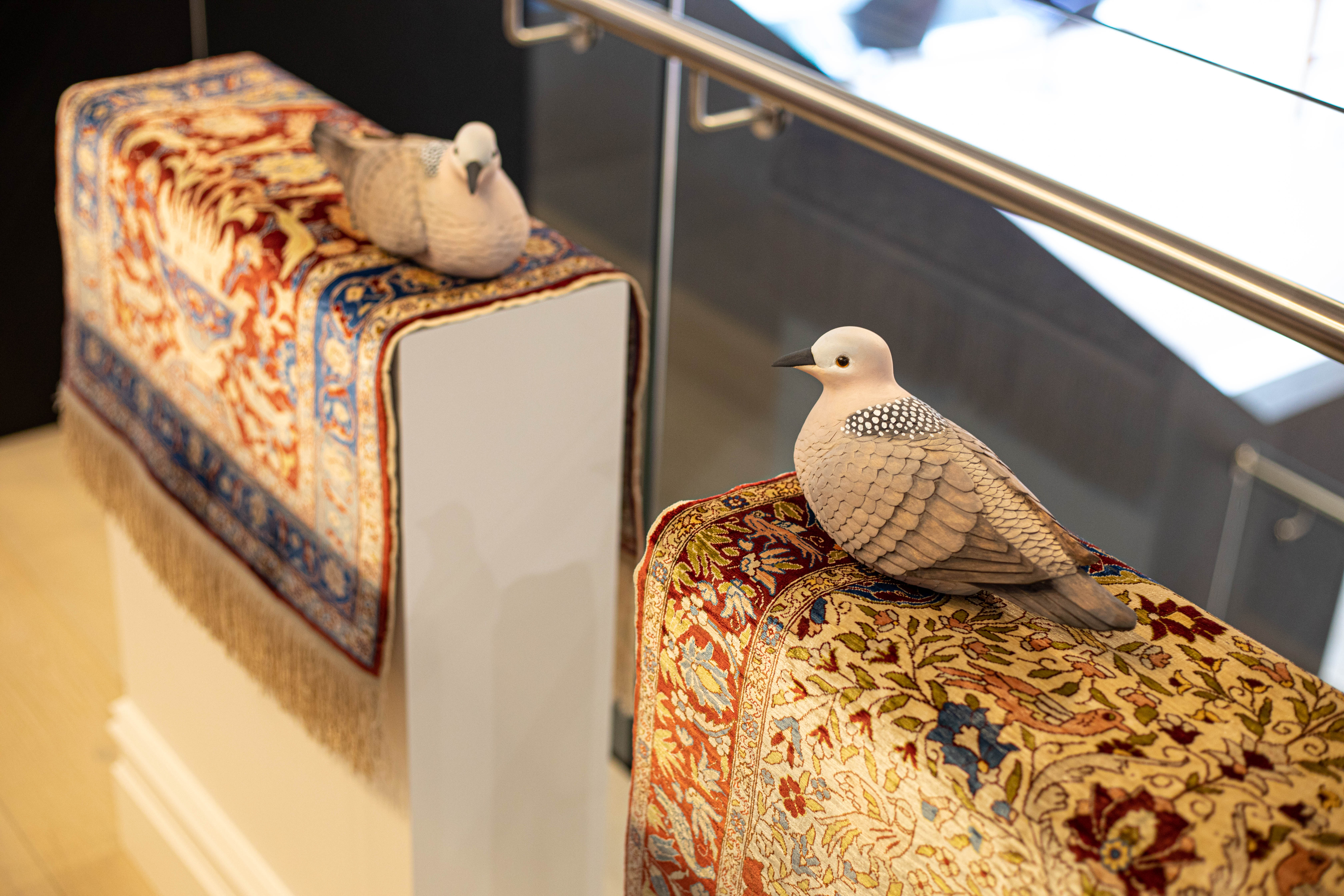 ABDUL-RAHMAN ABDULLAH
born 1975
lives and works in Perth
The language of the birds, 2019
wood, paint and silk prayer mats
Commissioned in 2019

In 2019 Wesfarmers invited artist Abdul Rahman Abdullah to undertake a commission for The Wesfarmers Collection of Australian Art, incorporating two silk prayer mats gifted to Wesfarmers in the early 1980s.

Abdullah’s response to the commission is a sculptural installation that respects the beauty and cultural traditions embodied by the prayer mats and allows for their display as exquisite objects of inherent artistic worth.

The language of the birds features the two prayer mats displayed on bespoke decorative white plinths, atop which sit two beautifully hand-carved and painted doves, facing each other in quiet contemplation.

Abdullah says of his work:

‘The language of the birds has been conceived all over the world as a mythical or spiritual/divine language, often used for divination or speaking to angels and other supernatural beings. In this case I refer to the prophet Suleiman (King Solomon in the old testament, son of King David) as he was regarded as having been gifted the ability to speak with the birds, a reference to his uncanny abilities of wisdom, authority over living creatures and magic. The language of the birds is referenced in mythologies from Europe, Asia and Africa, there seems to be a universal reverence for the beauty and curiosity of birdsong, always associating it with the esoteric or sacred’. (Abdul-Rahman Abdullah)