Throughout the year, the Kmart Group continued to work with the local communities in which it operates and whose support it depends upon. In total, Kmart directly and indirectly contributed more than $6 million and Target contributed $1.4 million to charities and community groups.

Kmart stores donated over $100,000 in gift cards and goods to grassroots community groups and responded to flood recovery efforts in far north Queensland by providing $20,000 in gift cards, which were distributed by  The Salvation Army.

In the lead-up to Christmas,  The Kmart Wishing Tree Appeal collected over 225,000 gifts, and raised $348,000 across Australia and New Zealand. Kmart team members and their families also joined hospital volunteers to install Christmas trees throughout  The Royal Children’s Hospital Melbourne.

Internationally, Kmart continued to support the work of  OneSky in China and the  Salaam Baalak Trust foundation in India.

The  Alannah and Madeline Foundation remained a key partnership for Target in the 2019 financial year, with over $242,000 donated by the Target support office and customers. Over the Christmas period, the  Target UnitingCare Australia Christmas Appeal raised over $411,000 and collected over 30,000 gifts across Australia.

Target contributed to flood recovery efforts in Queensland by providing $20,000 in gift cards which were distributed by  UnitingCare Queensland. Target also donated pallets of sample goods to various charities in Melbourne including  The St Vincent de Paul Society. 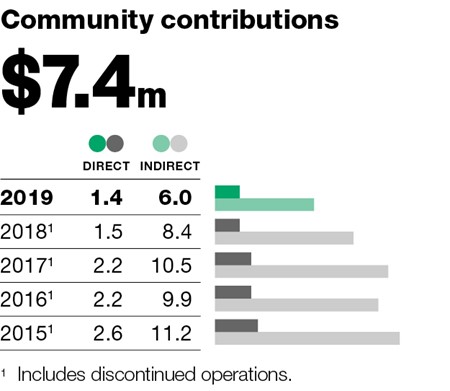 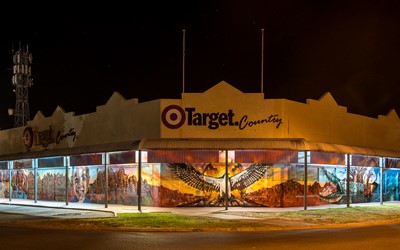 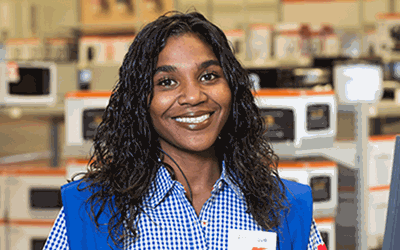